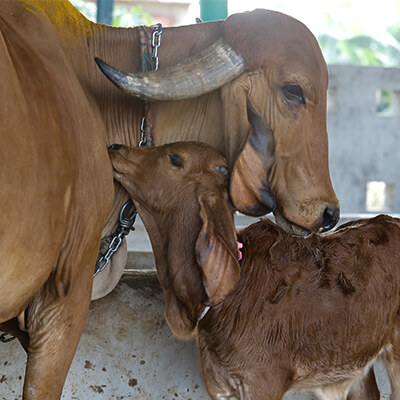 Not so long ago, the milkman used to come to our doorstep every morning with cans full of fresh milk. We just trusted that it was the freshest milk we could get. Somedays we got lots of cream from it and some days not so much. There was no label to tell us what the fat content in the milk was. If this is something you can relate to, we have something in common.

Labels are everything in today’s world dominated by information. It’s a great thing, but sometimes it makes simple household decisions quite daunting. There are so many varieties and brands of milk, making the right choice is so vital. It’s especially very common to find new mothers asking for recommendations on the best milk for their toddlers about to transition from formula/breastmilk on to regular milk. Finding the right milk seems to be almost as stressful as finding the right school.

So what’s the right choice?

My vote goes for A2 Cow’s milk. A few years back, I never knew that something like this existed. Let alone that it is actually the oldest and purest form of milk. Anyways, better late than never. Sometimes we can also be thankful for the fact that we live in the age of information.

So what makes A2 Cow’s milk the choice?

Genetic modifications of breeds over the years have introduced the A1 protein in milk which comes with its own disadvantages. The most important one being that is not the purest form of milk as intended by nature.The purest milk always comes from the purest breed of cows. That is one of the main reasons why A2 milk comes highly recommended.

2. A2 milk for sensitive bodies :
Most people live their lives thinking they are lactose intolerant without getting any tests done to confirm the same. In a lot of cases, it is possible that they are not fully intolerant to lactose. Instead, it is the A1 protein that their body is unable to digest. If that is the case with you or someone you know, give A2 milk a try. Hope you can say goodbye to that queasy and bloated feeling after drinking milk.

5. Difference in the milk protein :
The Casein protein in A2 milk is present along with an amino acid called Proline. This amino acid prevents BCM 7 from getting into the milk produced by A2 cows and therefore it doesn’t enter the human body upon consumption. Whereas this is not the case with A1 milk. BCM-7 is not well absorbed by the human body which makes it bad for our health.

6. A2 milk contains essential fatty acids :
Omega-3 fatty acids present in A2 milk are higher in concentration when compared to any other milk type. These essential fatty acids are a great source of nutrition – in fact, they are termed as food for the brain as they help improve neurological functioning. If you drink milk to get your day started, A2 milk might be a better way to get those grey cells charged up.

7. Desi cow and its hump :
The pure breed desi cow has a very prominent hump on its back. This is something unique about this species. What’s the great thing about this hump? Studies have proven that sunlight is absorbed by the cow’s body through the hump giving them ample amount of Vitamin D. More Vitamin D means more calcium in the milk. A2 cow milk is, therefore, considered to be a richer source of nutrition.

8. What makes A2 milk slightly costlier :
There is a fair bit of difference between the milk output of an A2 breed cow (~8litres) vs. the A1 cows (~15-20litres). With a difference like that, there is also bound to be a difference in the pricing. Add to that, to ensure that the breed in a herd has 100% A2 genetics, dairy farmers end up spending a lot of resources on genetic testing. Every single penny spent is certainly worth it. Especially because the end product is something that we are putting into our bodies every single day.

9. A2 milk doesn’t induce diabetes :
While there are still studies underway and there isn’t enough conclusive evidence, A2 milk is less likely to induce type 1 diabetes. A1 milk, on the other hand, could pose a greater risk, especially for people with a genetic predisposition.With 78,000 new cases of type 1 diabetes being diagnosed all over the world each year, it’s important that we pay some heed to this statistic.

10. Desi is best :
A2 milk from the Gir breed of cows is the best quality of milk you can get. For starters, it is local. This breed has been around for years together in our country and is as pure as can be. When it comes to food, local is always best. The same rule can be applied to the milk we drink as well. Better not to rely on new age breeds of cows that produce A1 milk that poses a long list of health problems.

Related Posts
Cow Ghee and Diabetes A2 Ghee and cancer protection Get back together with milk The difference between food allergy and food intolerance Why we need our Indigenous Cows (The Indian Cows)?
A2 MilkCowCow Dung GaneshaCow MilkDesi Cow Milk fresheco-friendlylower cholesterolMilkorganic milk