Decoding the science behind age-old traditions 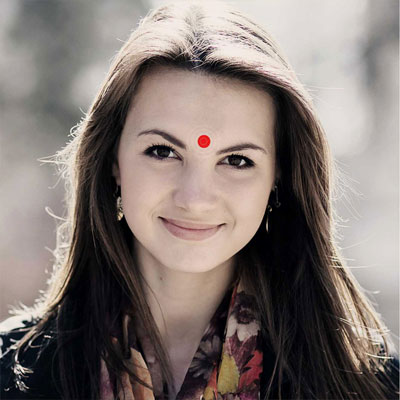 I’d like to believe that there are three types of people that exist in this world – The Believers, The Scrutinizers and The Cynics. The Believers are always looking for information and inspiration to soak in. They love to get advice from someone they trust. The Scrutinizers are the ones who believe only after they know “why”. Then there are the Cynics who are generally hard to convince as they have firm beliefs which they are confident in.

For a moment, let’s reserve judgment on any of these particular personality types. Each type of thought has its own advantages and disadvantages. Believers feel that life is a lot simpler when you comply with tried and tested methods. The Scrutinizers feel comfortable knowing that they have a justification for every action. The Cynics make every effort to safeguard themselves in a world where there is both good and bad.

An ideal world would probably be when the cynics used more scrutiny to become believers for their own good.

These differences in traits really make sense when we see how differently people respond to age-old traditions that are passed down through different cultures. While there are some that believe what their grandma believed, some just dismiss it all as superstition and others want to know why for everything.

To start with, let’s make it clear that superstition per say is not an apt word to use to describe age-old traditions. The word itself has a negative connotation because it means an “irrational belief.” If only we understood the science behind most of our traditions, we would embrace them more openly without any doubt.

The problem today with some traditions is that many tend to follow them without being able to explain why. This, in turn, irks the younger generation that is living in the digital age with all the answers readily available.

So what is stopping us from knowing more about these age-old traditions without dismissing them right away or following them blindly?

Let’s look at a couple of these beliefs and try to decode the science behind them.

1. Why should we not sleep with our head facing the North?
Very simply put, our planet has magnetic energies that have an effect on our bodies. When we sleep facing the North for several hours every day, these energies could put undue pressure on our brain. For some people, it may have adverse health effects over the long term while for others it may make them wake up feeling more agitated. Everybody reacts differently. If trying out this belief which even has a rational is not going to harm you, why resist?

It’s not just another superstition. If you were being superstitious about it, then you would believe that placing your head towards the North for even a single day would spell doom for you. That’s not the case as this is a recommendation to inculcate as part of your daily routine. Just one day of sleeping in any position is not going to do you any damage.

2. Why do we bathe after attending a funeral ceremony?
While death is such a natural process, it brings along with it a lot of negative feelings and emotions. Apart from having to deal with the loss of a loved one, there are a million things the family members are expected to do in the form of rituals. In a sensitive phase like this, sometimes it’s quite natural to feel the urge to resist following some of the practices. However, one ritual that shouldn’t be skipped is bathing after attending a funeral ceremony.

It’s not uncommon to hear the rationale that the spirit of the deceased may haunt you if you don’t bathe immediately after attending the funeral. You may not believe that, but very practically speaking, you need to bathe because it’s important to sanitize yourself and the surroundings. The body starts to decompose very quickly, especially in hot weather, and this means the multiplication of harmful bacteria.

If you have been a part of a funeral, it is important that you thoroughly clean yourself before entering your home and touching anything.

3. Why do we greet people with a “Namaskar” ?
If you ask the youngsters today to greet each other with a “Namaskar,” they would probably give you a glare. Unless they are greeting someone much older to them and want to show some extra respect, this is one practice that is considered “outdated.”

While this act of putting our palms together is almost synonymous with Indian culture, most of us don’t know why.

Our hands are said to have a lot of nerve endings and when they are brought together it has an impact on your entire system. More psychologically, the idea is to not quickly form any judgment when you greet someone by joining your hands with a slight bow. It’s like giving everyone you meet the opportunity to show their best self to you as you accept them openly.

It’s quite deep and meaningful if you come to think of it. So much of the stress in our lives would be wiped off if we stopped overthinking and judging people while keeping an open mind.

4. Why do we apply red tilak on our forehead ?
Our “Ajna chakra” or the third eye is located in the middle of the forehead between the eyebrows. This is a very powerful spot in the body generating a lot of energy when compared to the rest of the body. Which is why when you are stressed, you also get a headache. It is believed that when we apply a tilak on this part of our foreheads, it prevents the undue loss of energy.

While it is mostly known as a powerful religious symbol, it also has some science behind it. Highlighting this point of the body which is the seat of thinking, concentration, and memory keeps the focus in the right place. It also tends to have a cooling effect.

5. Why do we ring bells in temples?
I think this is one tradition that not many will resist or term as a superstition just because of the calming effect it instantly has on us. Even thinking about the sound of a ringing bell is relaxing. Most meditation music clips have this sound included. So why is this a tradition in temples?

The feel-good aspect comes from the fact that bells are made to produce a sound that creates harmony between your left and right brain. The vibrations that last for a few seconds after ringing the bell also play a role in touching all the seven chakras in your body. In short, helping you connect fully with your self while you try to connect to God. Pretty magical isn’t it?

6. Why do we touch our elders’ feet ?
The most common understanding of this practice is that it is a way of showing respect and seeking blessings. It’s easy to question why touching someone’s feet has to be mixed with showing respect. Especially when our feet are not the cleanest part of the body.

Some part of the rationale is psychological – it’s about leaving your ego aside and bowing down to someone who has seen more of the world than you. The scientific reasoning here is that most nerve endings exist in our extremities. This makes our feet vital energy zones.

When you touch someone’s feet, it touches your Manipura Chakra (Solar Plexus Chakra) and their Anahata Chakra (Heart Chakra).

An easy comparison to make is with shaking hands. When you make a firm handshake with someone, don’t they perceive you a little differently and positively?

As skeptical as you may feel about following any of these, don’t resist blindly. Know when there is no harm done from complying with something. Nothing bad can come out of it. You could take that chance on something really good happening for you!